Ideally, cats shouldn't be able to get outside where they can encounter feral or stray cats. However, the world doesn't always work that way, so if your cat has gotten into a fight with a stray, it's important to take care of them. Stray cats can carry many illnesses that your cat could contract, in addition to other medical problems your kitty could suffer through as a result. Here's what you need to be worried about, and what you should do about it.

When cats fight, it's all teeth and claws. If you've ever seen two cats gripping on to each other and rapidly thrashing and rolling through a yard, you probably know all about it. The way that they're able to do this is by literally sinking their claws - and possibly teeth - into each other as they fight against each other in a sort of wrestling match.

Unfortunately, cat claws and teeth can do a lot of damage to bodily tissues, and they can potentially cause infections deep down in your cat's body. Claws tend to be covered in whatever the stray cat has been walking through, and mouths are notorious for being full of all kinds of nasty bacteria, especially if the stray has never had a loving human look after them to care for their teeth.

Once again, strays often carry diseases because they get into scraps with other cats so often. While it's unlikely that the feral cat had something like rabies, as rabies quickly kills, it's entirely possible that they're carriers for an illness like FeLV or FIV. These are both viral diseases that weaken the immune system and can ultimately trigger cancer or death later in life without protection. There's no way to tell if a cat has this disease just by looking at them, so a blood test at the vet's office is necessary.

If your cat has been in a fight - even if they seem like they're okay - you should take them to a vet right away. Injuries are often hidden under fur, and cats often don't show it when they're in pain. Getting any injuries treated and antibiotics into your cat to prevent infection is a necessity.

In addition, your vet will likely give your cat supplemental vaccinations to provide a booster for their body to ward off any diseases the other cat may have been carrying. If your cat has never been vaccinated before, they'll give them the whole spectrum of vaccines to protect them.

Cats can badly hurt each other when they're committed to fighting. If your cat isn't spayed or neutered yet, talk to your vet about getting that procedure done as soon as your cat has recovered from the fight to reduce the risk of them fighting ever again. 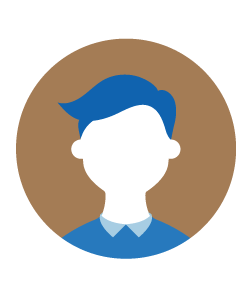 I have never been in love with the idea of owning animals, but a few years ago my son came home with some puppies that he was already really attached to. He swore he would take good care of the animals, so I gave in and let him keep them. Unfortunately, one of them became ill, and I had to find a way to take care of the animal. I decided to visit a veterinarian for help, and we had a diagnosis in a treatment plan in no time. I was really surprised with how powerful veterinary care was, and it was phenomenal. Read this blog to learn more.

Everything You Need To Know About Parvo
22 February 2022

Hairball Hazards: When To Call Your Veterinarian
3 November 2021